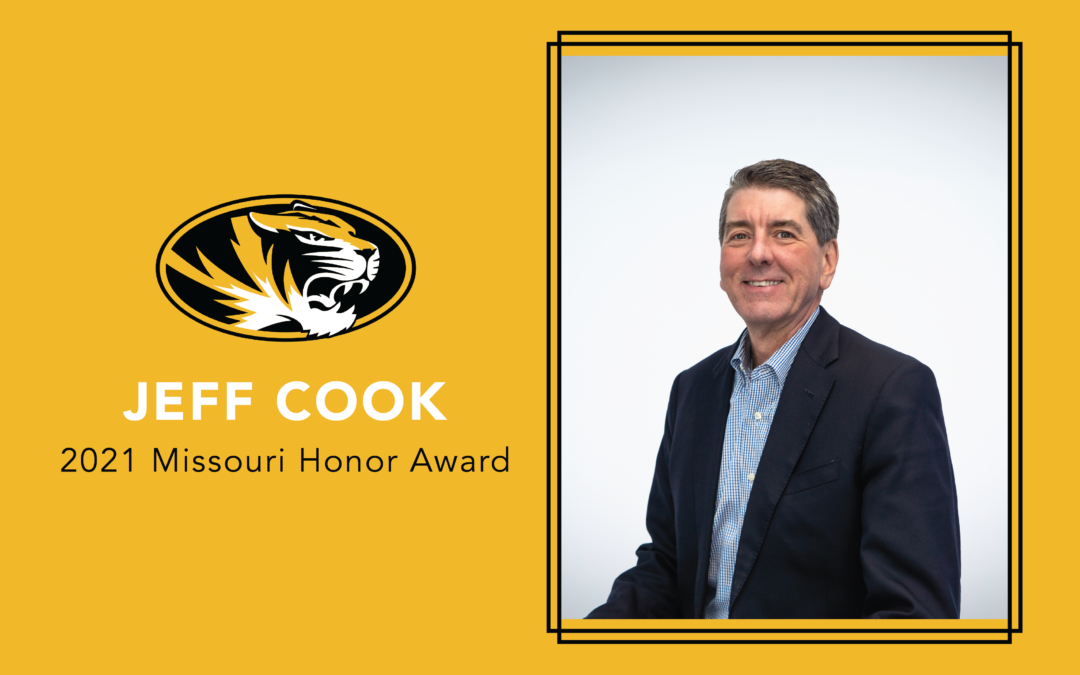 Congratulations, Jeff Cook, on your Missouri Honor Award for Distinguished Service in Engineering!

Our very own Co-Founder, Jeff Cook, received the Missouri Honor Award from the College of Engineering at Mizzou this month, which is an incredible merit. “Since 1951, the College of Engineering has recognized outstanding work of alumni through the Missouri Honor Award for Distinguished Service in Engineering. To date, 273 alumni have earned this prestigious honor for significant contributions to the field and the College,” reports Mizzou.  Some of the deciding factors of winning this award beyond his career successes include his leadership, values, and the ability to inspire others, as well as nominations that described Jeff as “the gold standard of the industry” and “the most influential person in their career.”  Jeff has been recognized for many of his accomplishments as an alumni through Mizzou, including being named “Construction Entrepreneur of the Year” in 1995, as well as being inducted into Mizzou’s Academy of Civil Engineers Hall of Fame in 2013.  You can learn more about Jeff’s experience at Mizzou and further details on the award here.  Congratulations, Jeff, on this incredible accomplishment!